Now let me preface this by saying no offense to Matt Damon...because this was the director’s fault in the first place...but you know that didn’t need to be the hero that saves China. Albeit from green lizard monsters, but still...The point that I’m trying to get across here is the need for a white hero to save to token ethnic people or person from their attackers.

In the movie “The Great Wall” directed by Zhang Yimou, Damon’s character, William along with Pedro Pascal...another token ethnic friend, are European travelers in search of black powder. Along the way they stumble into a cave and are attacked by one of the lizard enemies that they fight during throughout the whole movie.

Managing to defeat it, they travel to the Great Wall and end up getting captured by what should be, the actual main characters of the movie. Let’s not focus on any of the asian characters backstories, but instead focus on the two/three european dudes that decided to stumble down on into China….

Does this make sense to anybody else? Why did the director choose to focus on a European story line set in China? It has a female general in there and yet he refused to explore her backstory and made her a second rate character in her own native land! 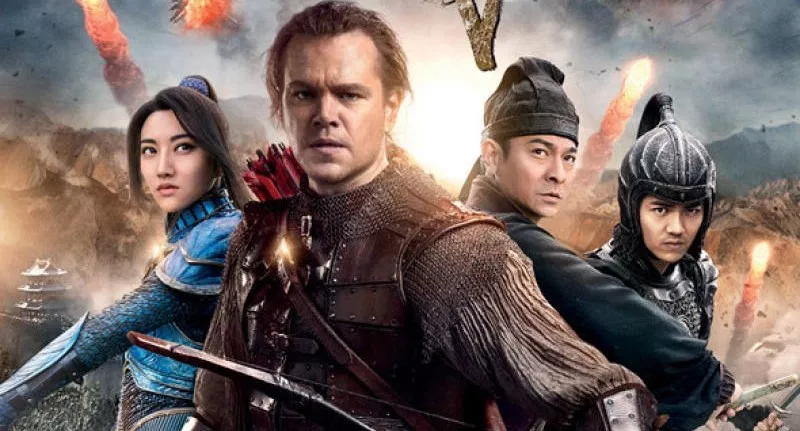 This movie can be summed up by this picture alone….Need I point it out anymore?

The problem is that, this movie would have done so much greater had Matt Damon not be in the film. The director was most likely fishing for more money by hiring Damon on. He was hoping that the star actor would draw in money from the box offices like the Bourne films. What people want now is accuracy in film and television. Even if this is a fictional story, the interest would have gone up leaving it with an all asian cast. Instead the director put them at the back focus to Damon’s character.

I wonder when production companies and directors will realize that their audiences are ready for accurate storytelling. I also wonder when Hollywood will stop white washing casts left and right? If it’s anything to go by, I think with all the recent Oscar wins that the movie audiences are ready to start seeing ethnic storylines played out on the big screen.